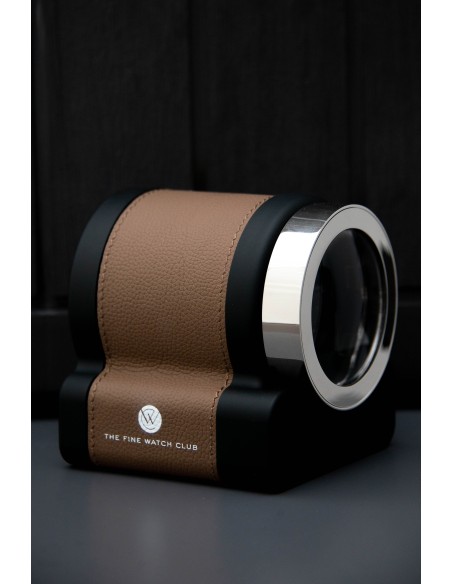 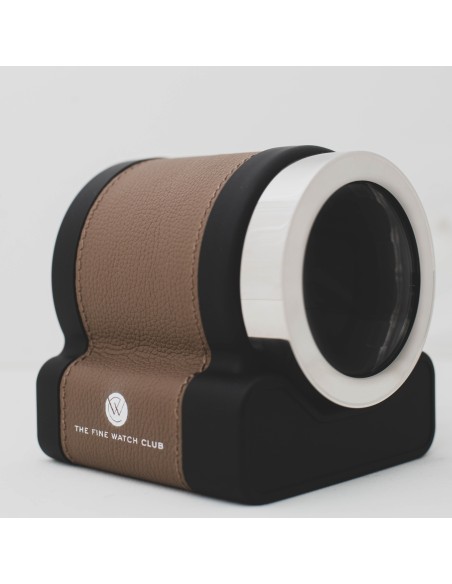 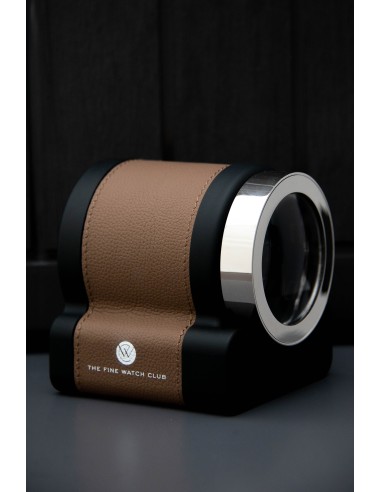 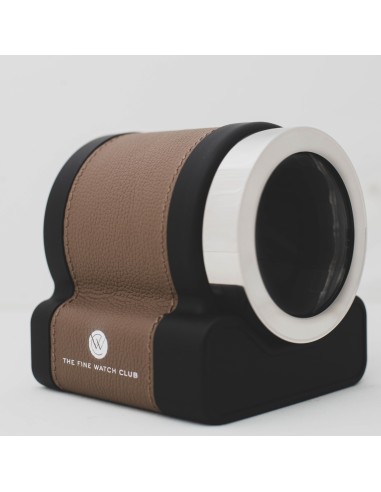 In addition to cases, Scatola del Tempo specialises in an accessory that it invented itself: the remontoir. Before this creation, mechanical watches would necessarily spend long periods of time at a standstill if not worn sufficiently - with the tedious need to make adjustments when it came to complications such as the perpetual calendar.

You don't put your Picasso in the garage...any more than you put your Grande Complication in the first case you see. It is precisely because Sandro Colarieti could only find entry-level cases for his own collection that he started to make them himself. It was 1989 in Italy. Fine watchmaking was not at its peak, far from it, but a few enthusiasts were resisting. Sandro Colarieti was one of them. A lover of fine automobiles, beautiful boats and craftsmanship in general, the man could not resign himself to the idea of timepieces that, when at rest, were left to decay, or nearly so.

Scatola del Tempo was born to fill this void. Like most fine artisanal houses, it is first and foremost a family story and 100% independent. Founded by Sandro Colarieti, the company was soon joined by Cristiana Colarieti, his daughter. The entrepreneur did not like to be passed around and even his daughter had to prove herself: she joined the company as sales manager, a position she held for 13 years before taking over from her father.

Like him, Cristiana Colarieti continued the dynamic of good workmanship begun in 1989: the choice of noble materials, manual craftsmanship, made-to-measure creations and personalised services. Sandro Colarieti had initially made his cases and winders for himself. The surplus of his modest production was given to his friends. Nevertheless, the success was such that the company had to negotiate the delicate shift to volume production while guaranteeing the same level of quality as in the handicraft stage.

Sandro Colarieti personally oversees the choice of each leather, each wood, each silk. The Scatola del Tempo family business was not only successful with collectors, but also with brands, and not the least: in 1992, the prestigious Patek Philippe was one of the first to place an order for Scatola del Tempo cases to house its precious timepieces. This is how the small independent family workshop reached the world's greatest collectors in record time. The manufacture was soon joined by others: Breguet, Breitling, Bvlgari, Cartier, Lange & Söhne, Vacheron Constantin, Zenith, to name but a few.

The inventor of the remontoir

In addition to cases, Scatola del Tempo specialises in an accessory that it invented itself: the remontoir. Before this creation, mechanical watches necessarily spent long periods of time at a standstill if they were not worn sufficiently - with the tedious necessity of adjustments when it came to complications such as the perpetual calendar.

Scatola del Tempo was to change that. The company invented the concept of a case that, while protecting the watch, also winds it. The mechanics are Swiss, the design and know-how remain Italian. Between the region of Como, La Chaux-de-Fonds and Saint-Imier, Scatola del Tempo has drawn a line that brings together all lovers of beauty, harmony and the finest craftsmanship to protect its timepieces.

Save products on your wishlist to buy them later or share with your friends.